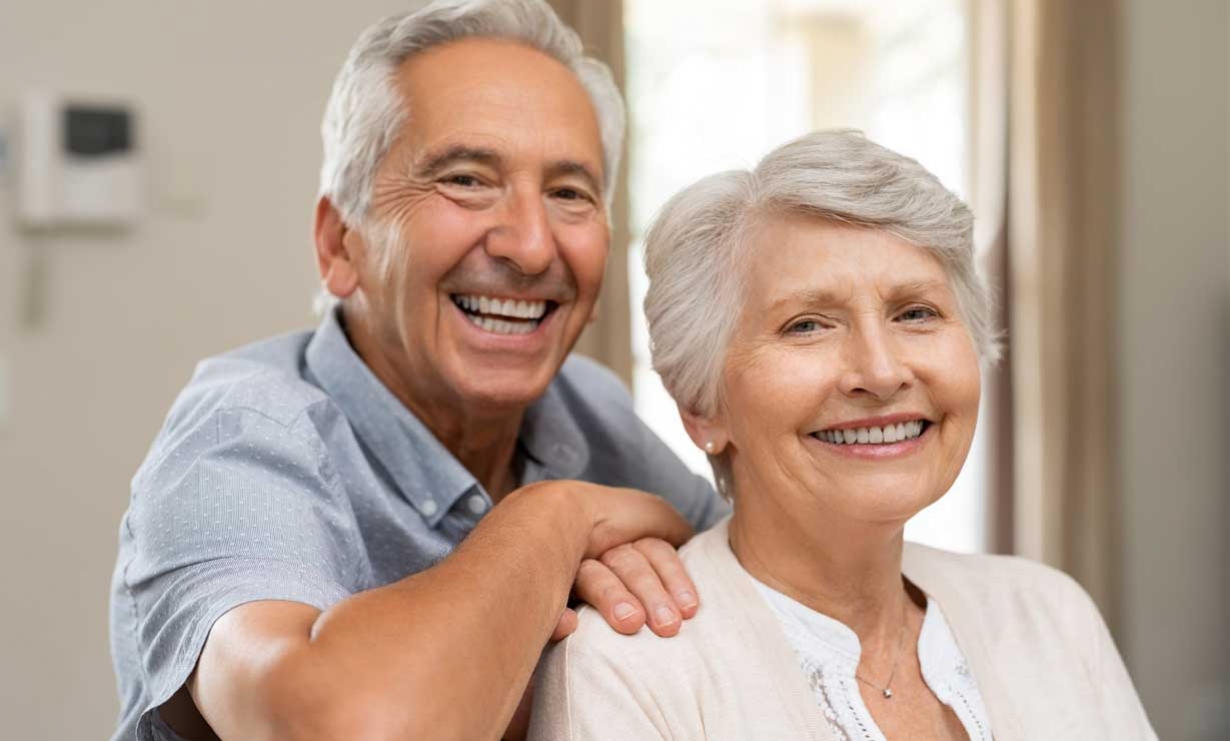 If one is lucky enough to be blessed with reasonably good health and also survive what life throws at us in our younger years, we will enter into a bizarre experience called `Getting Older'. This is unavoidable by the very fact that if we are still breathing, we are still alive and so getting older will happen. Often with youth comes the certainty that one is invincible and this heady intoxication of indestructible self assurance tells us that we will go on forever in this unbreakable vehicle called our body.   I know from my own experience that a belief exists that old age is something that happens to other people and older folks were always that way, having been born like that and so were never young.

So however intensely the young might believe this aging process will not happen to them and that they will somehow be spared old age, as long as they do not succumb to illness, accident, suicide, war or foul play they will gradually and inescapably drift towards the autumn of their years.  Yalom writes in The Gift of Therapy that `death denial` is a belief in our personal `specialness` and how we   believe that we will not be dealt with in the same harsh way that life deals with everyone else.  Therefore we will be spared that final journey, that unfathomable ending, that cut off point.

In our younger years, small changes happen without much drama or commotion until one day we catch sight of ourselves in a shop window and wonder who that elderly grey haired, slightly overweight person is.

It seems no coincidence that at the age of sixty, one becomes eligible for free prescriptions in England. This is because for many people, things appear to change at that age and the likelihood of some health issue increases.

As well as this, getting older means for most of us a certain loss of our good looks.  Our faces lose of their definition, gravity pulls them downward and our skin might become paler and lose some of it’s elasticity.  Our hair may become thinner and change colour and we could gain some weight.  I remember one lady who told me that she hated the way that she looked now and that was the same as all the other elderly ladies at the club she belonged to.  She spoke of her white permed hair, her glasses, paleness of her aging skin and the need to have flat comfortable shoes instead of the high heeled fashion shoes she once enjoyed.  For myself I could see that her image was not helped by the addition of an awful quilted anorak that her husband thought was quite `trendy`.

So psychologically how does this shift in the way we are affect us?  Invisibility is said to be common as one becomes older, invisibility in shops, bars and on the pavements, even the street charity reps, often look past the elderly to the next viable punter, which can add to the feeling of unimportance.

Paradoxically, there has never been more respect and admiration then we are seeing now for the warriors of our armed forces.  Whichever war or campaign is being remembered, the nation’s hearts and souls back the men and women who have in the past protected us.  Sadly for many of these ex-service men and women, they remain traumatised by what they witnessed and still carry this mental scar.  For them, there’s no doubt in the positive value of counselling but unfortunately many from older generations will see such help as a sort of weakness and favour a spirit of `just getting on with it`, which I feel is a pity as there are many therapists out there with the right skills to help.

So we have the feeling of invisibility and one of unimportance but what of the father and mother whose flock have flown the nest?  They may have spent twenty years or so looking after their young and now they find themselves redundant as parents, rattling around in a house that once vibrated with noise and life.  Do they embrace their new freedom or quietly contemplate the emptiness not only in their home but also their consciousness.

It’s been noted that for some men, middle age and beyond appears to encourage thoughts of reliving their younger years by buying a sports car.   For many, owning what they had all those years ago is not possible, for example the Triumph Spitfires, MGB’s and Midgets are now rare and require lots of TLC.  The alternative is a shiny new fun carriage like a Mazda or a Toyota and one can witness many grey haired gentlemen once again enjoying the rush of open top touring.  However psychologically there is a lot more to it than that and our old friend Sigmund Freud would understand what these people are going through and what they may be trying to replace.  He called the human sex drive the libido and this is often affected to some extent by age.  According to the NHS Choices website –

`Many people lose some interest in sex as they get older, mainly as a result of falling levels of sex hormones, age-related health problems, or the side effects of medication. Older men especially can develop low testosterone levels, which can cause fatigue, depression and a reduced sex drive.  Speak to your GP if you're concerned about this. They may carry out a blood test to check your testosterone level and can tell you about treatments if your level is low. As women start to approach the menopause, levels of the female hormone oestrogen begin to fall, which can affect libido. Women can also suffer from low testosterone levels, especially after a hysterectomy. Testosterone is another hormone that can affect sex drive.  Speak to your GP if you're concerned the menopause may be having an effect on your libido. They may be able to offer you a trial of hormone replacement therapy (HRT) if it's suitable for you.`

A distressing worry for many men as they get older is Erectile Dysfunction (ED) also known as Impotence and this is the inability to get and maintain an erection.  According to the NHS Choices website -

`Erectile dysfunction is a very common condition, particularly in older men. It is estimated that half of all men between the ages of 40 and 70 will have it to some degree.  See your GP if you have erectile dysfunction for more than a few weeks. They will assess your general state of health because the condition can be the first sign of more serious health conditions, such as heart disease (when the heart’s blood supply is blocked or interrupted).`

`Erectile dysfunction is primarily treated by tackling the cause of the problem, whether this is physical or psychological. The narrowing of the arteries (called atherosclerosis) is one of the most common causes of ED. In these cases your GP may suggest lifestyle changes, such as losing weight, to try to reduce your risk of cardiovascular disease. This may help to relieve your symptoms as well as improving your general health. You may also be given medication to treat atherosclerosis, such as cholesterol-lowering statins and drugs to reduce your blood pressure.`   (Source NHS Choices)

Similarly to the way we attempt to turn the clock back with sports cars, we see the growth in toy fairs across the country where we see people urgently looking for that one thing that will bring back happy memories of childhood.  This might be that Dinky or Corgi toy, a teddy bear, doll, tin plate toy or train set.  I met a man once who had just bought a second-hand Tri-ang train from the 1960’s.  He told me that his family were poor when he was young and so they couldn’t afford these things but now he wasn’t poor and so he was going to have all that he wanted.  So we see people like this man attempting to repair a deprived childhood by collecting long desired items here in the present.

This touches a little into the TV programmes that are popular at the moment about `hoarders`.  People who live in cluttered houses, sometimes unable to function because of the amount of possessions that they have.  Often a lot of it we see as rubbish but the people involved are still unable to get rid of it.  Many of these programmes feature Stelios Kiosses who is highly regarded in the psychotherapy world.  Stelios studied psychodynamic counselling at the University of Oxford and is a member of the BACP.

We often see a theme or trend with the work of Stelios where he uncovers a traumatic experience in the lives of the hoarders.  This experience is often linked to loss and the collecting often turns out to be a way of compensating for this loss.  So the feeling for these people may be that of not being able to lose anything more, or perhaps more correctly anyone else from their lives.

For some as time goes on, there can be loss of independence and the need to have to rely on others.  This can be very hard and re-enforces the fact that one is older and just not the same as before.  Having others do one’s shopping if mobility is an issue, may be hard for some as it’s not just food but will include personal items that one might like to buy oneself.

Independence also includes money and getting older will eventually see people retire and this will almost always have some effect on their income.  Poverty in old age is a massive issue and too big to discuss here in detail but for many people the changes that they go through in later years will include some caused by their financial position. Often the phrase is heard that one has to be `really rich or very poor` because if one is caught in the middle, there’s little help to be had.

Loneliness, isolation and lack of communication may be big issues for people when they get older.  Maybe the person has had a busy working life interacting with customers and colleagues and suddenly they are cut free from this and now may feel confused about their role and place in life.  What do they do with their days?  Who do they speak to?

So we see that loss can be a major element in getting older for some.  Loss of significance, health, visibility, communication and interaction, libido, independence – both financial and physical and perhaps the loss of a loved one.  This is where counselling might come into the picture.  It won’t turn the clock back but it may help resolve psychological issues brought about by the aging process and help the person to see a different view of their life.  This will in turn, enable that person to make the most of what they have and embrace the changes that they are going through.

More in this category: « Stress at the Top and the Benefits of Employee Assistance Programmes Cognitive Behavioural Therapy and Types of Unhelpful or Irrational Thinking »